The Four Obsessions of an Extraordinary Executive 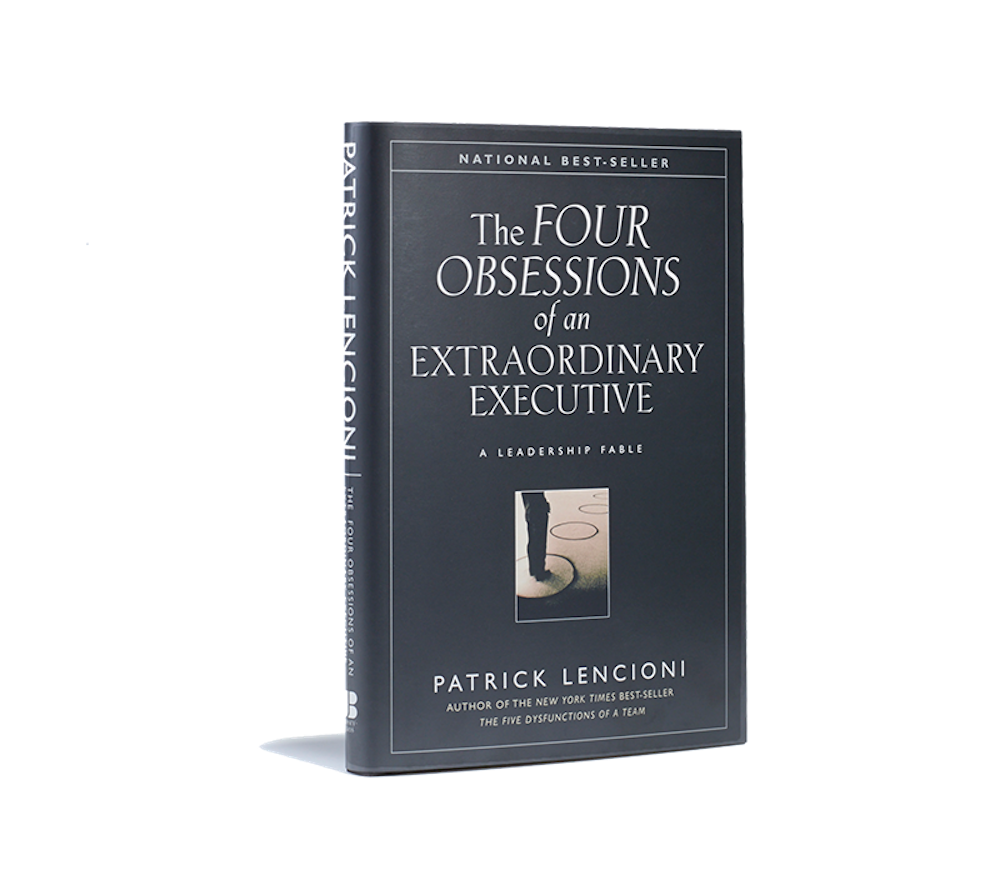 The Four Obsessions of an Extraordinary Executive

I do a lot of work with leadership teams in schools. They have a huge impact on both the effective operation of the school and the school’s culture. A highly functioning leadership team operate like a slick machine, they use their time extraordinarily well, hold crisp meetings, are cognisant of the big picture and sensitive to the detail that impacts on staff morale and engagement.

I recently revisited, teamwork guru Patrick Lencioni’s book, “The Four Obsessions of an Extraordinary Executive,” and love the way Lencioni captures the key aspects of what great school leadership teams do.

Lencioni argues that all successful organisations share two qualities: they are smart and they are healthy. However, he goes on to observe that most leaders spend the majority of their time and energy making their organisations smarter, with relatively little effort directed toward making them healthier. It is actually more important for leaders to focus on making their organisations healthy than on making them smart. As the founder of Happy Schools, where we are passionate about boosting staff morale in schools and reducing stress, this is obviously music to my ears.

A healthy organisation is one that has less politics and confusion, higher morale and productivity, lower unwanted turnover and lower staff absences than an unhealthy one. Organisational health is simple in theory but difficult to put into practice. It requires extra ordinary levels of commitment, courage and consistency.

Schools are complex organisations, with many competing priorities, agendas and initiatives. According to Lencioni, the key to managing the complexity of schools is to identify a reasonable number of issues that will have the greatest possible impact on the success of your school, and then spend most of your time thinking about, talking about, and working on those issues.

“If everything is important, then nothing is.”
He goes on to describe the four obsessions that extraordinary executives pursue relentlessly:-

Communication is one of the crucial areas for leadership teams. Lencioni talks about a cascading communication plan. At the end of the leadership meeting, it is essential that the team are clear and have agreement on “What are the key messages we need to bring back to our people as a result of this meeting?”

I love Lencioni’s use of a fable in “The Four Obsessions of Extraordinary Executive” to illustrate and communicate key aspects of effective leadership. It is an easy read and would make a great professional reading for any leadership team. Other great examples of using a fable to communicate key leadership messages include, “Who Moved My Cheese?” by Dr. Spencer Johnson and Ken Blanchard’s “One Minute Manager” series.

Staff Morale and Well-Being – Who is Responsible?

The importance of staff morale and well-being have never been [...][...]

5 Signs Staff Morale is An Issue At Your School (and what to do about it!)