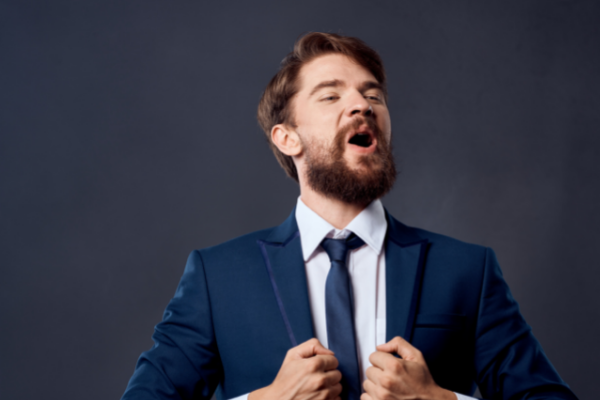 Emotional intelligence is an important skill in leadership. Research shows that “accurate person perception” or being able to ‘read’ people is very beneficial. However, the vast majority of us are not as good at reading people as we think we are. Far from it!

University of Chicago professor Nicholas Epley has found that when you are dealing with strangers, you correctly detect their thoughts and feelings only 20 percent of the time. Whilst we are better at reading the people we know, even with close friends, the majority of people are only right 30% of the time and married couples peak at 35%. Whatever you think is going on in your spouse’s (or close colleague’s) head is wrong two-thirds of the time.

Epley says we are too caught up in our own perspective. “Most people tend to exaggerate the extent to which others think, believe and feel as they do.” We’re too trapped inside our own heads. Even when we try to take the perspective of others, studies show our accuracy doesn’t improve. When we ask others questions, our accuracy goes up but we don’t do that enough. Usually, we just play in our own heads with our stories about what is going on and replace poor assumptions with more poor assumptions.

In his latest book “Plays Well With Others”, Eric Barker examines Epley’s research. Whilst many believe that women are better at ‘reading’ people than men, female superiority in detecting nonverbal communication is well documented but it’s only 2 percent better. According to Barker, women are no better in lie detection but do have an advantage in detecting facial expressions and in recognising emotions.

“When studies dig deep to look for the underlying cause, what many find is that women, on average, are more motivated to read people accurately than men are….So the first step to being better at reading people is to be curious….Problem is, even when sufficiently motivated, we can improve our skills only so much. We’re just naturally not that good at reading people. If you’re dealing with someone who has a Botox-level poker face, motivation won’t help much….Readability is more important than reading skills. People-reading skills aren’t that variable but how readable people are ranges widely.”

Since we aren’t very good at reading people and we can only improve a little with motivation, we have to focus our efforts on making others more readable. Instead of passively analysing them, we need to actively solicit stronger signals to get more telling reactions. Asking great questions is a good start but Barker suggests we should prompt for more emotional responses as simply engaging in a conversation about the weather and other “safe” conversation topics is more likely to turn people into politicians and have them convey little of substance.

Having third parties present can also be beneficial and show a different side of someone.  If you only dealt with someone in the presence of their boss, would you think you were seeing the ‘real’ person?

Be careful about making assumptions based on the person’s body language. Nonverbal cues are complex, dependent on the context and idiosyncratic. We can never be certain what is causing what. Body language isn’t useful unless you have a baseline. Some people always fidget and it means nothing. Other people rarely fidget and it’s very telling when they do. But if you don’t know their default, you’re just letting your brain make up a story that may or may not be right.