Difficult Conversations are the Currency of Leadership 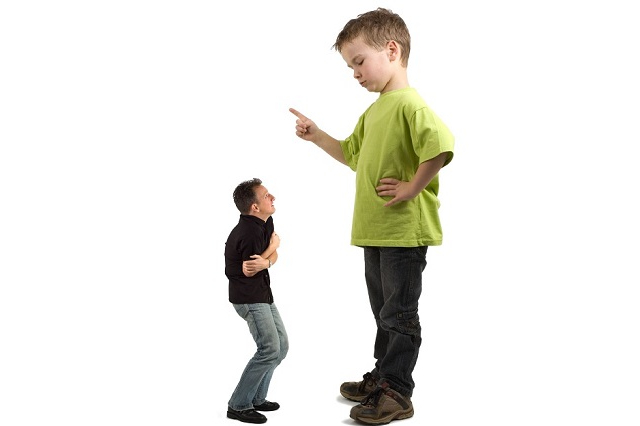 Difficult Conversations are the Currency of Leadership

Whilst there aren’t many people who ‘like’ having a difficult conversation, the ability to have them is a crucial leadership skill.

According to Christina Lattimer in the article How to have Difficult Conversations and Avoid Employee Disputes, “Whether it is a performance, behaviour or skill set problem, there is something in our human make-up which just makes us feel uncomfortable with the whole thing.”

Why are some conversations difficult?

There are many reasons school leaders don’t tackle negative influences at school. Many people just don’t like confrontation. Some have a misguided sense of politeness, and don’t like discussing issues that may upset or confront the other party.

Some school leaders know there is something wrong but doubt their own ability to be able to have that difficult conversation successfully and fear damaging relationships and having a grievance lodged against them.

Many leaders secretly hope the situation will resolve itself or simply go away. It won’t resolve itself and rarely goes away! Issues that are left unaddressed tend to fester and accumulate adding layer, upon layer of annoyance, frustration and resentment.

Often the person displaying the poor performance, unwanted behaviour or limited skillset is blissfully unaware of the unrest. The longer the behaviour goes on without being raised, the more difficult it is to address and the more confronting the conversation.

Preparing for the difficult conversation is vital. I’m a strong advocate for the 5Ps approach – Perfect Preparation Prevents Poor Performance.

Try to avoid tackling a problem while you are emotional or angry. As a leader you have a responsibility to be considered and measured in your approach. You have a responsibility to express your concern. However, if you are emotionally charged you may say something in the heat of the moment that you later regret. Throwing fuel on the fire is not helpful.

Identify specific examples of the issue or unacceptable behaviour and endeavour to be specific. Broad, sweeping statements like, “You always….!” Or “You never….!” are not helpful.

Decide What You Want to Achieve Out of Having the Conversation

You are having the conversation because you want something about the person’s behaviour to change. Try to be clear about what change you want to happen. What exactly do you want them to stop doing OR start doing?

It is important to consider possible reactions of the staff member when you raise your concern. If there is potential for the conversation to lead to an emotional response then consider where and when that can be conducted in a manner that respects privacy and confidentiality. I often think of the importance of “saving face” in Chinese culture. For example, having a difficult performance conversation with a teacher at 8 am in the morning may lead to them being upset. It is not fair on them to then have to go and face a class. That isn’t conducive to the best environment for teaching and learning. If they become upset they may also choose to immediately go on sick leave. This then leaves you with a class to supervise.

It is very important to invest time in making an opening statement that clearly communicates the seriousness of the issue. I have fund the following framework to be very helpful.

THE ISSUE IS: Be concise, in one or two sentences get to the heart of the problem.

DESCRIBE YOUR EMOTIONS about this issue

IT IS SIGNIFICANT BECAUSE: Why is it important? What is the future impact if not resolved?

IDENTIFY YOUR CONTRIBUTION TO THIS PROBLEM

INDICATE YOUR WISH TO RESOLVE THIS ISSUE

INVITE THEM TO RESPOND

Whilst you have a plan for the outcome you want from this conversation, it is important to have an open mind as the staff member may respond with some contextual information that you were not aware of. Most people want to do a good job and there may be some reason why they didn’t appear to behave in accordance with your expectations. It is important to be flexible and not fixated on a preconceived outcome. Important conversations require you to be present and completely focused. You can’t be thinking of what you are having for dinner that night. You must attend to the conversation completely.

Your aim is then to try to reach common agreement about expectations. This is likely to require a commitment from the staff member to change their behaviour.  Where you can’t reach agreement, it is important to be assertive so that the staff member is clear on exactly what behaviour is expected. Even if you agree to disagree about what has occurred in the past, it should be clear about what is expected in the future.